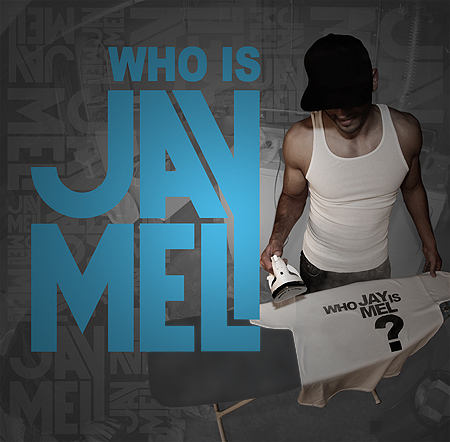 Jay Mel: Who is Jay Mel

Jay Mel is a Youngstown, OH based rapper who bends, breaks, and burns the rules every time he steps into the vocal booth or on stage.
His music is a slick blend of hip-hop, rap, pop which, with an addition of some mind blowing beats and lyrics, just might make you want to come back for more.

His debut album, Who is Jay Mel, is filled with sixteen great sounding tracks that will surely be a treat for any rap/hip-hop lover out there, especially if you are always on the lookout for promising emerging talent.

Although Jay Mel started rapping at the young age of 15, it wasn’t until much later that he officially embraced his true musical talent. And so when in 2010 a local radio station held a contest for “Best Local Rapper” Jay submitted one of his cuts and in no time found himself on a plane to New York to meet with Island Def Jam; a meeting that almost instantly inspired him to create his first official mixtape – Who is Jay Mel.

Who is Jay Mel comes with a number of tunes ranging from head-banging, fast-paced I’m Gone, Honda, Kia, Chevy, and Envy to more calm beats of Last Hope. However if you are looking to take the album for a little try out spin before pressing download be sure to check out the powerful beats and vocals of Top Floor as well as In and Out, which brings more than “infectious pop hooks over cleverly catchy verses.” This is Stupid is also one of the tracks that will surely make you want to hit the dance floor. It might not come with the best lyrics out there yet it’s hip-hop beats intertwined with a set of great electronic sounds make up for it in no time. The mixtape also features an array of great vocals from artists such as Anwar, Pryslezz, Brownie, Robb Sessions, Scotty B., and Jay Five.

WHO IS JAY MEL by JAYMELmusic

In the words of Jay himself, “I want to make chilled-out, good time music (…) I try to write memorable hooks, while adding a little more grime to the verses. Pop hip-hop is the most casual way to present it.”