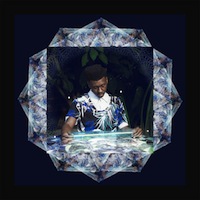 Def Sound just dropped the bomb that is definitely banging with futuristic beats. Neon Summer is composed of 10 tracks that showcase the creativity and brilliance of this poet, DJ, rapper.

Boasting with sounds of chill-wave and electro hiphop, this EP features a list of great artists such as Brook D’Leau of J*Davey, Jarell Perry, Nikko Gray, Alex Isley, Afta-1, and more.

As flawless as the other tracks in this album is Young . Defferson . part . 0 . It will get you pumpin’ and droppin’ as tropical-streaked rythms shifts smoothly with hip-hop gears.

Neon Summer is a prodigious transformation to the electro landscape. Def Sound proves that he has not lost his touch when it comes to giving mind-blowing electro hip-hop sounds.