Paul Lisak & After The Ice: It Happens All The Time 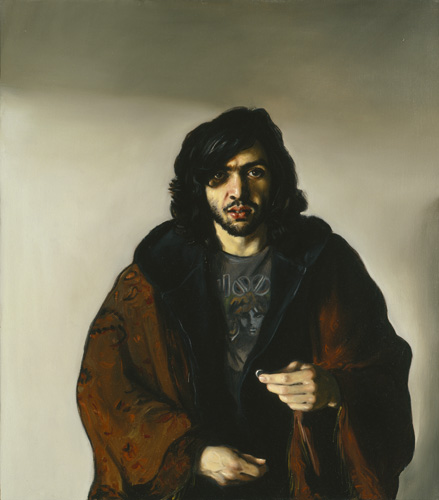 When French musician, Paul Lisak isn’t writing or performing music, he busies himself creating symbolic Renaissance inspired paintings, one of which can be seen on the cover of his band, After the Ice‘s, EP – It Happens All The Time. The record marks the band’s debut, and according to Lisak will be followed soon by a a full length album.

It Happens All The Time is much like a track by track manifestation of the influences Paul Lisak grew up on. And it’s a joy to see how he twists and merges these influences to create his own sound. The EP opens with the title-track, with the band at its heaviest. The song, with its melodic guitar fills and dramatic vocals, feels like a lovechild between Dio and Led Zeppelin. On Trippin, on the other hand, Paul evokes the fashion of some of The Rolling Stones‘ hits; and the Radiohead-esque air of melancholy is strikingly apparent on Thursday Morning Waking, with Paul often using Thom Yorke‘s style of crooning.

In their blend of melody and heaviness, Paul Lisak & After The Ice never compromise one in favor of the other. They make catchy tracks that you can pump your fist to – quite literally pop-rock. A listen is recommended to all fans of rock and guitar music.