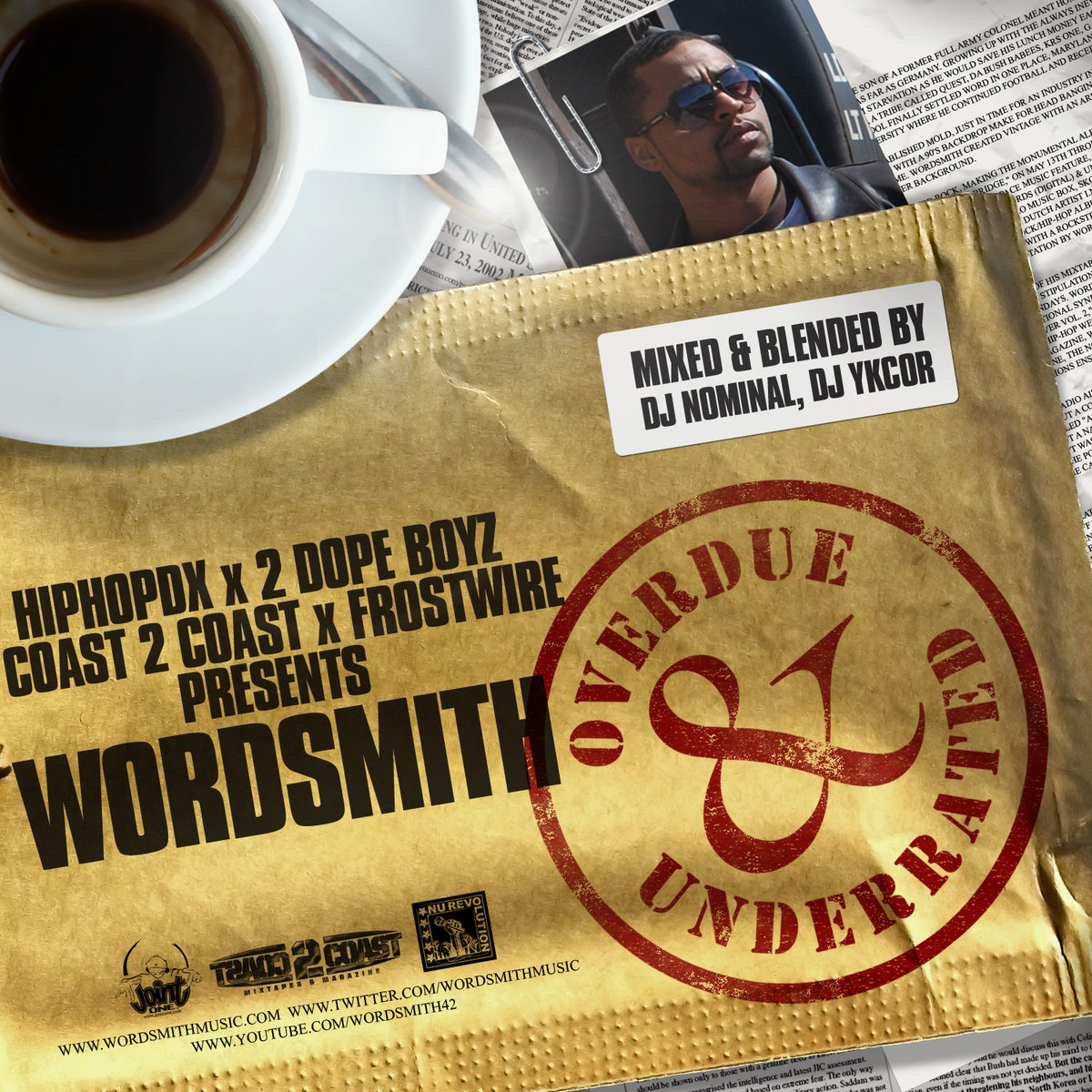 You do not find cool hip-hop albums everyday; at least not like how Wordsmith makes his music. Filled with well crafted lyrics and mastered to perfection soundtracks, he now gives us his ‘Overdue & Underrated Mixtape’ free, an album of 17 catchy hip-hop tunes with 3 bonus tracks specially for FrostWire users. Since the album is licensed under Creative Commons, you are free to share the music with as many people as possible.

Wordsmith has a number of places which he calls home. As a son of a former Full Army Colonel, he was used to moving from one place to another, going around the country and even living for some time in Germany.

As everything around him changed, he found rap to be the only thing that is left unchanged – and he embraced it. For him, he would rather starve and save up his lunch money just so he could buy the CDs of Redman, Public Enemy, Ice Cube and even his own cousin Roc Marciano, to name a few.

Wordsmith is not new in the world of hip-hop, as his name is always on the top hip-hop sites as he release his mixtapes for everybody to listen to via HipHopdx.com. His mixtapes are always a hit, and one was even made as the top mixtape in HipHop Weekly for January 2009. As his tracks climbed the college radio charts and his music video was picked up for rotation by MTV, BET, BETJ, VH1 Soul, Music Choice and others. Website and radio interviews went on, but Wordsmith still remained to be on the ground and did all he could to make his love of music profitable. He stroke deals with companies around the world to promote his name, licensed his music for a video game and other promotional products & signed a contract for College campus show bookings.

Overdue and Underrated Mixtape has a number of interesting cuts, and even some with hints of other musical genres infused in them. Each one also has very interesting beats and melodies, and you’d just end up seeing yourself bobbing your head to each track.