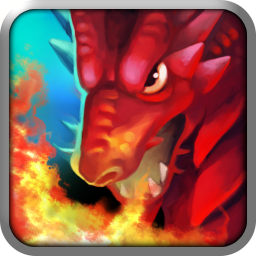 Here we have something special for all fantasy gaming fans on Android. Defender is a game which comes closest to the Final Fantasy franchisee and it does a very good job while at it. As expected, players will need to fight hoards and hoards of enemies to keep the castle safe and protected.

Defender was developed by DroidHen, who already have quite a few cute offerings under-their-belt for the Android platform and the kids will surely love their approach towards the development of the game.

Players face a massive wave of monsters from time to time and this raises the game’s difficulty quotient to a new level altogether. Controls are very intuitive and non-laggy, playing the game on a relatively slower device like the Samsung Galaxy Ace, I experienced no glitches or force-starts. Controls are very intuitive as arrows are shot with a touch and in the direction of angle chosen. Sliding on the screen enables continuous shooting.

Graphics can be rated good on some devices and great on the others. HD resolution device owners will be drooling on the screen as long as the game stays active. Defender helps the players in making various upgrades to the game for a better defense system. Players can earn additional coins to upgrade the in-game defense system, so more the merrier. They also get extra advantages with the “Cast Spell” feature, allowing them to freeze a wave of monsters, shooting fire balls, popping icicles from the ground and hoard of other massive attacks at enemies and making a great killing at once.

Overall, the game is very playable and goes to every length to satisfy gamers’ hunger for competition. A must try app for every Android device and recommended for all age groups. Being a free app, the developers rely heavily on in-app purchases for additional coins, heavy armors and defense system. There is a simple trick to get money without the in-app purchase thou. Just be patient and lose a few rounds to stock on the extra coins, and Voila! you will have enough money after a few tries to upgrade.