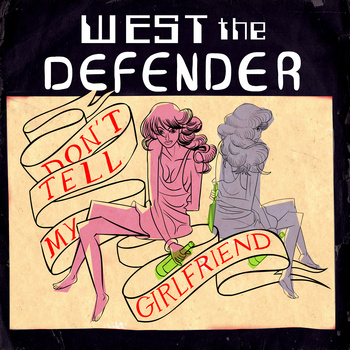 A six man band which was formed three years back in the east coast state of New Jersey, West The Defender enjoys drawing up inspiration from band behemoths like The Beatles, The Eagles, Incubus, Weezer, and Fountains of Wayne. They’ve also had their share of live performance stints at some of the best stages in their area such as The Stone Pony and Asbury Convention Hall. You can expect the same amount of indie-pop-rock in their first full-length album Don’t Tell My Girlfriend.

Their opening single, Boop! has a theatrical quality with high and dramatic vocals but all while keeping charismatic pop rock melodies.

Here’s Lookin At You, Kid will get you hooked by its humorous yet dark music telling tales of boy next doors swooning at pretty face chicks.

Touch shows the fact that the band’s couplement of keyboards, horns and guitars mixes perfectly and is a delightful and exciting pairing. Thanks, Goodnight wraps up the band’s well known genre of music style while giving them the chance to stand out in the sea of rock scene.

Don’t Tell My Girlfriend shows how young West the Defender is and how much room for improvement they could have. Just as they age and grow physically, so does their musical prowess. They’ve started recording demos for their second LP hoping to portray more of the band’s unique feel.