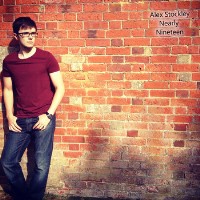 Alex Stockley creates music that showcases a slice of life. His laid back acoustic pop rock is soothing and serves as great company for mellow days.

Not much info is out there about the London singer but his music easily speaks for itself. Filled with sweet acoustic cuts, his tracks carry great rhythm and are wrapped gorgeously in the Englishman’s great vocals.

Nearly Nineteen is a set of 7 demo tracks recorded over the summer of 2012 and released at BandCamp on September of the same year.

Having very limited information out there about a singer can be a good thing since listeners can instead judge a musician by his/her music. In the case of Alex Stockley, his music speaks volumes about his talent and preferred genre.

Nearly Nineteen is an easy listening acoustic pop compilation with hints of blues here and there. Starting the compilation is the single, You Won’t Find A Better Friend. Stockley’s voice earns the spotlight in most of the cuts including this one. He carries this familiar friend sound that’s very pleasant to listen to. A few other cuts to check out include, Half, Better in Time as well as title track, Nearly Nineteen.

The album churns out feel good singles while also excelling at creating beautiful melodic lullabies when needed. It’s a record that showcases heart and Stockley’s voice simply adds to the depth and emotion. If you want something simple but still heartfelt, then this is a great album to keep close. Grab it for free over at BandCamp.