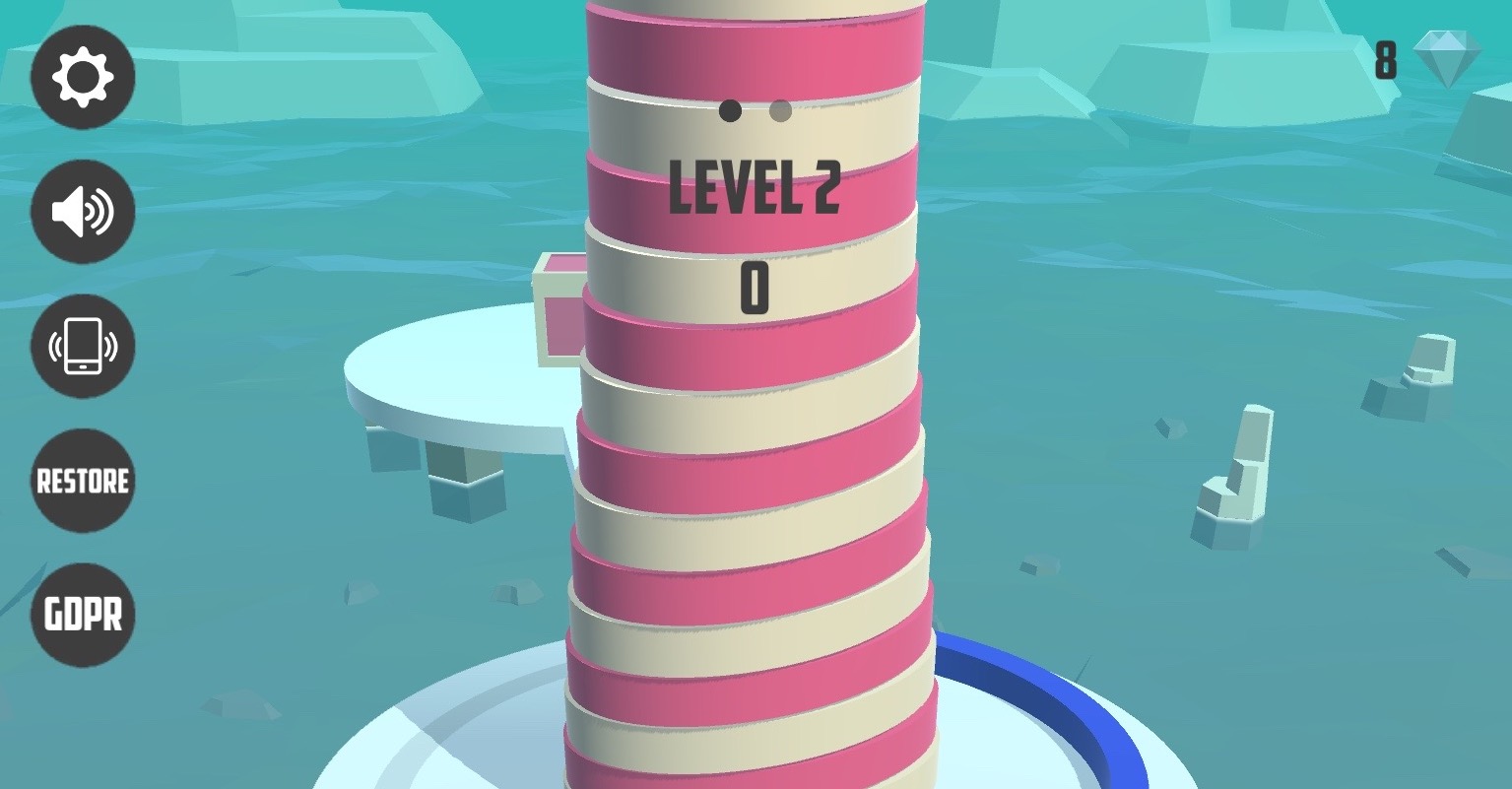 With casual tap games flooding the market, it’s gotten harder for developers to produce titles that stand out. One exception is Voodoo as they’ve consistently released simple but addictive mobile games. The latest addition to that is Fire Balls 3D. Similar to their other titles, it isn’t rocket science but offers immersive play.

As is typical of Voodoo games this is a one-tap affair. Your goal is to fire at the tower, so tap and hold to fire and when the structure goes down, you proceed to level 2. Make sure you hit the towers and avoid the rotating bars around it and you’ll advance.

Because the gameplay and controls are so basic, you’ll be forgiven for thinking Fire Balls 3D is a walk in the park. But you can’t just fire at will to bring down the tower, as you need to use a limited amount. Fire too often and the game ends. Also, check out the collectible diamonds and the left bar. When it gets filled you get access to power boosters and other stuff to help blast those towers.

Other power-ups destroy the bars around the tower, but again the key is knowing when to fire and use the powerups. This adds a level of strategy and thinking on your feet that isn’t present in other mobile casual games.

Bottom line is you’re not going to get stressed with Fire Balls 3D. Don’t let the simplicity fool you though as this is addictive and you’ll want to keep going. Just goes to show there’s plenty of life in the genre.