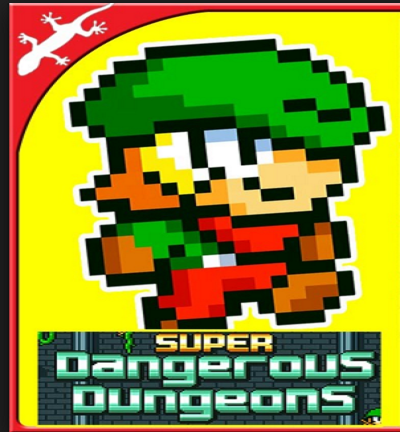 The game is a remake of the Dangerous Dungeons flash game, but as mentioned you now get several levels that are especially suited for mobile, and while the levels are challenging, it never gets to the point it gets annoying.

There are plenty of spikes to avoid, boxes to push and pull and platforms to jump, in short everything you would expect from a good platform game. As you reach the higher levels the enemies become harder but still very possible to beat. You’re going to have to do your best to avoid the electric balls, and there are also levels where you will have to do a bit of strategizing to stay alive.

The gameplay is engaging, and while it’s not going to revolutionize the platformer genre, it’s got enough features to make you want to keep playing. Apart from the game itself, the pixel artwork is exceptional and really looks like it came straight from the heydays of the 16 bit games. The soundtrack is also spot on and really sounds like it’s from a Super Nintendo game.

Super Dangerous Dungeons is a top notch retro platformer, and the levels provide not just challenges but good replay value. Even if you complete the game, it’s worth going back to and playing again.