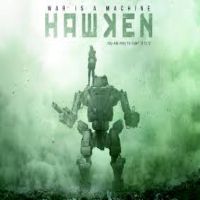 If you’re in the mood for some multiplayer mech action, Hawken is what you need. Developed by Adhesive Games, it’s an exhilarating game that will really make you feel like you’re controlling a mech. There are the usual multiplayer modes like deathmatch and free for all, but there’s more to the game than that.

In this first person mech FPS you are on a planet colonized by humans, a planet near the point of collapse. The goal now is to fight for resources. There are four modes here: Missile Assault, Missile, Free for All deathmatch and Team Deathmatch, and there are several maps used in the game.

And so you play the role of a mech pilot. The great thing about the mechs here is that ammo isn’t required. But remember, your weapon can overheat so you need to be careful about using them. If your cannon overheat, all your other weapons are shut down too and you will be forced to look for a hiding place while your weapons cool down.

You can upgrade your mech and weapons in the game, adding a great deal of realism to the game, as you need to choose what components to upgrade carefully. The fighting system in Hawken allows you to boost, make 180 degree turns and make side dashes, which more than compensate for your mech’s slow movement. Hawken is one of the best free to play mech games out there, and it is under constant development too, so expect more weapons to come out soon.