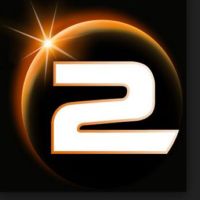 PlanetSide 2 is the follow up to PlanetSide, and Sony Entertainment Online has upped the ante with this one. While the game features the same world and groups, the world is much bigger and the battles are more epic in nature. The action is also more frenetic and yet is still accessible to new players.

PlanetSide 2 is one of the biggest multiplayer games around, with the potential to host thousands of players at the same time. It isn’t just a simple shoot ‘em up though, as it also offers many useful FPS elements like regenerating shields, iron sights, sprinting and many more. One of the key aspects in PlanetSide 2 is teamwork as it is necessary to complete many missions.

PlanetSide 2 also emphasizes skill, and you gain them through experience, and there are also skills that you can unlock while playing. The gameplay isn’t just fast though, as it is also entertaining and a sight to behold. The graphics are sharp and crisp, and the sound effects complement them fully.

The game also has a night and day cycle, and this feature really helps with the immersive feeling in the game. But the night and day cycle isn’t just for aesthetics, as the changes will affect the way you fight. PlanetSide 2 also uses the Forgelight Engine that provides realistic handling of vehicles, especially when it comes to aircraft.

PlanetSide 2 also has changing weather patterns, clouds and fog that add to the realism that you can use to hide from your opponents. It’s no wonder then, why PlanetSide 2 is one of the most popular multiplayer games today.