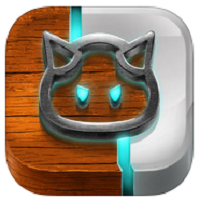 Battle Camp is a social game, but publisher PennyPop has made it more than that as it is also a match three RPG with plenty of social interaction, impressive graphics, plus a lot of fun and entertainment. If you’re into social games and love match three, then this could be worth your while.

Battle Camp starts off with a tutorial explaining the game’s basic mechanics, after which you’ll be given the opportunity to create a character from the various presets available. You’ll start the game with a few monsters and the objective is to challenge other players’ monsters. The battles take place in a turn based set up, and attacks are done by matching three icons on the board.

The difference with Battle Camp from other match three games is rather than match the icons in an adjacent manner you can match and move them any place on the board. This is an innovative feature and a good one since it lets your monsters attack in different ways. While you’re playing, a health bar will keep you informed of your monsters’ status. If their health goes down, you can heal them with special healing icons.

Battle Camp awards winners with tokens that you can use to power up your monsters, give energy and upgrade parts. If you collect enough tokens you’ll get the ability to fuse your monsters so they become harder to beat. Aside from going around camp and issuing challenges, there’s also a PvP where you can take on other players, making the game even more fun.