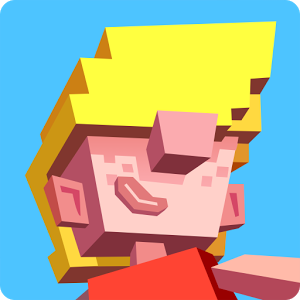 Halfbrick Studios is not a newcomer to casual games as they’re the ones responsible for Fruit Ninja and Jetpack Joyride. Now they’ve released a new one called Star Skater that fits the mold of quick to play titles. Basically you’re a skater guy or gal whose goal is to skate as far as possible without crashing. Sounds simple enough but it’s not easy, yet a lot of fun.

You start by choosing whether to play as a girl or a guy and then it’s off to the races: you get on your skates and go through winding roads to finish the course as quickly as possible. The more you play the game and the more courses you complete, the more in game currency and magic burritos you’ll get (you can use these to get player skins and special power ups that will help you advance in the game).

Star Skater has a leaderboard so you can track your performance and compare them with your friends, great if you want to be a bit more competitive. However it’s just as fun to play on your own.

Another cool thing about Star Skater is the controls: you have to tap and drag your finger to control your turns: so if you want to make a quick right turn, tap and drag quickly to the left. If you want to make a slow turn, tap and drag slowly. This makes the control intuitive and controlling the skates easier. Star Skater is a cool game, and there are plenty of skins and challengers here to unlock so you’ll want to come back and play again.