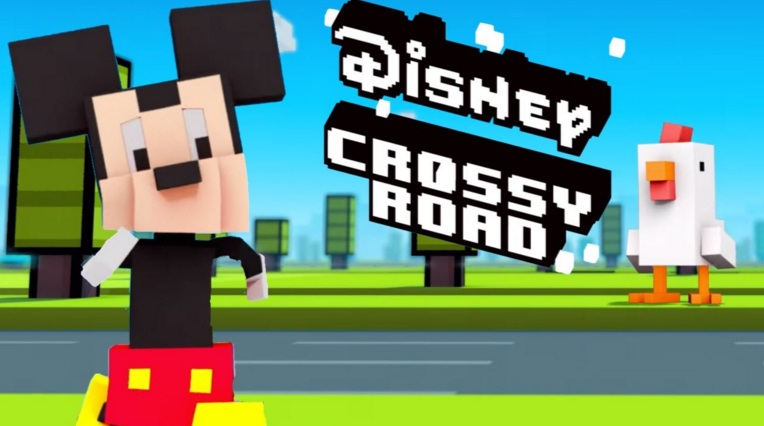 From the title alone, Disney Crossy Road gives you a pretty good idea of what’s it about, but rather than just rehash the original concept, Disney has added several elements that make the game seem fresh and new. The goal is the same – cross the road and avoid traffic – but there’s more here than that.

Aside from traffic, you’ll have to get past rivers and other obstacles, and the longer you last the more you’ll be able to score points and unlock Disney characters. The control system is still the same swipe and tap that other Crossy Road games use so there’s no steep learning curve.

However the big difference here is the presentation as you now see Pixar and Disney worlds, each with their own unique features. The Wreck It Ralph for instance, relies on multipliers and power ups it feels like an arcade game, but there are other obstacles to overcome as well.

In the Tangled world, you’ll have to deal with crates, while the Big Hero 6 characters have to be wary of open manholes. Each world also has special details that make the game more immersive like the Haunted Mansion, where you’ll hear clips from the actual attractions.

The more you play the more of these small but enjoyable details you’ll find such as the claw from Toy Story, the vehicles for Zootopia and more. A lot of well-known Disney characters are here, and there’s a currency system here called Pixels, and if you earn enough of these you’ll be able to swap any duplicate character you find for others. All in all Disney Crossy Road is a cool game.