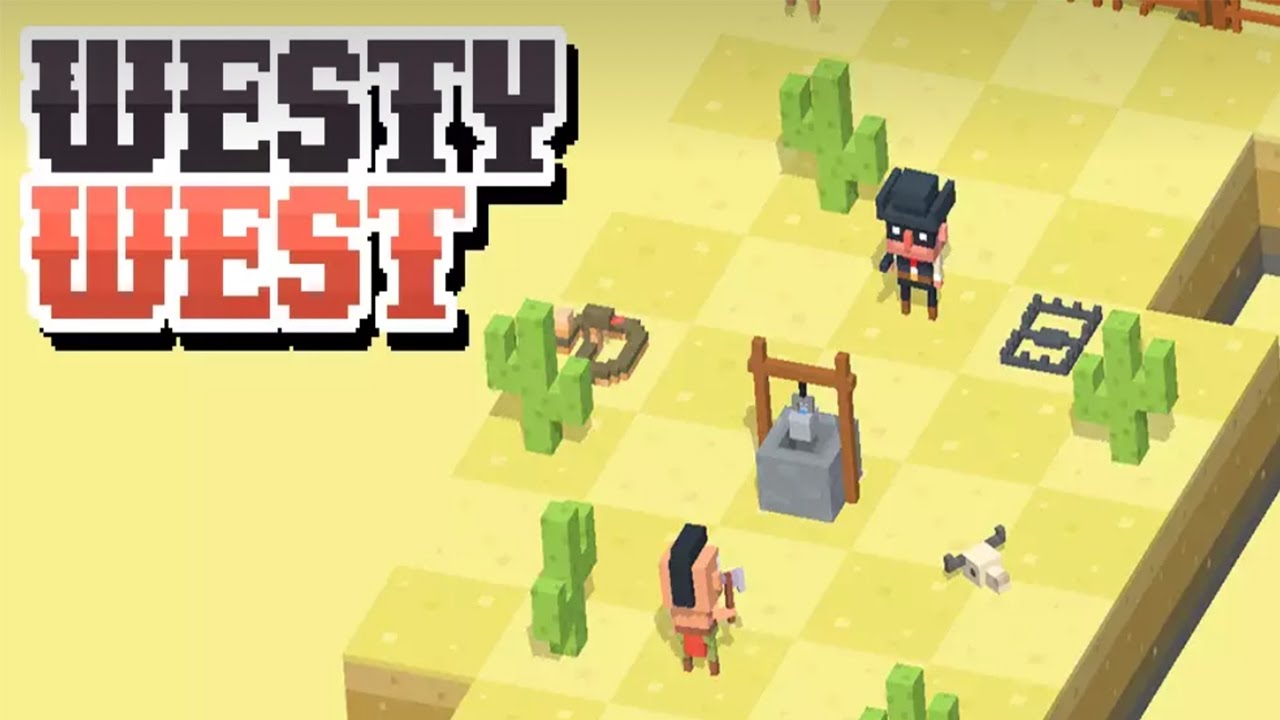 Popular mobile games spawn imitations, so it’s no surprise there are a lot of Crossy Road like games. Westy West by Countryside Games may look like another knock off, but its unique take – the wild wild west playing a cowboy, Indian, sheriff – coupled with shooting and exploring makes it stand out from the rest.

The game’s premise is simple enough. Choose the character you want to play and explore the land, the towns and deserts, shooting the bad guys and saving folks along the way. While it’s a lot of fun to just shoot your opponents, it’s also important that you explore and get those bounties. In particular, don’t forget to check out the barrels and boxes as they might contain money bags or bills.

The controls are easy to figure out, and you can tap anywhere to shoot. If you’re hitting some civilians you can turn on the fire button. Just go to the Pause menu and put a check to to enable it. With the fire button on, you’ll need to tap the bottom before you can shoot. This takes an extra step but it helps prevent accidental shots.

As you play the game you’ll get the opportunity to upgrade your weapons. When you’ve earned $1500, buy the shotgun as it allows you to take out your enemies with a single shot. Your standard weapon works fine in the early stages, but you’ll want the shotgun in the latter stages. Apart from the main missions, Westy West also has side quests ranging from destroying certain items to getting rid of bandits. In short there’s plenty to keep you occupied here.