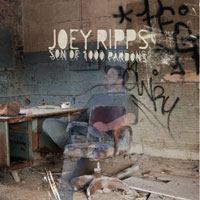 As part of a Just Plain Sound crew (highly talented progressive hip-hop group with a netlabel of the same name, and which blockSonic calls the most prolific and talented hip-hop squad in the US) Joey Ripps, hails from Richmond, Virginia and comes to us with one of his great new releases, Son of 1,000 Pardons.

In a way I am more than grateful that I went across this album, not only because it led me to discover other amazing artists but because it brings with it some quality made, amazing sounds that I can listen to for hours at the time.

Just a short time before the release, blocSonic put up another set of great tracks from the artist, For the Minute (definitely worth checking out), from which two made its way on the more recent and featured here Son of 1,000 Pardons. Its hard to find good quality, professionally made hip-hop albums out there whose authors decide to abandon the commercial side of the industry and freely distribute their work to everyone – everywhere, but here it is.

The album itself is a great collaboration between Ripps, widely known as one of Just Plain Crew’s lyrical architects and performers such as Bliss-One, Draztig, Sleaze, and 13adluck who appear on several different tracks further adding to the depth of the album.

As Hip-hop, unfortunately, is not the first go-to music genre for me (although I always appreciate good music of any style) I decided that it would be best not to bore you with my un-expert like review of album’s composition, music backdrops, or even rhyme style, leaving that important task for you. However, being a tough critic of music in general I know that it is definitely something to keep your eye on; so take your time, press play, and enjoy! Really enjoy!

And be sure to check out some of my favorite tracks For The Minute, Pick Your Weapon and My Life, with great lyrics and music that flows perfectly across different beats and a tiny bit of added inspiration taken from different genres and times in the music history.