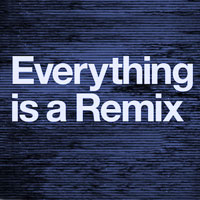 Everything is a Remix

Everything is a Remix, for the few of you who still didn’t get a chance to see it, is a four-part eye-opening and conversation sparking documentary video series. Produced by Kirby Ferguson, a New York based filmmaker, the series gives us a glimpse into the world of remixing – collecting material, combining and transforming it – as any new creation requires influence. Three of the four parts of the documentary have already been released (with the 3rd episode unveiled today!) and explore everything in music, from the Sugarhill Gang and Chic to Led Zeppelin, in Part 1: The Song Remains the Same, sampling and influences from earlier works in Hollywood hits such as Avatar, Star Wars, and Kill Bill in Part 2: Remix Inc. to Part 3: The Elements of Creativity. A definite ‘must-see’!

Everything is a Remix has already gained a wide audience spanning hundred of thousands of viewers and an interest from the online community including Gizmodo, Short of the Week, and the technology section of NYTimes. In his Q&A by the Short of the Week, Ferguson explains that the inspiration behind the series came to him after seeing countless of journalists and bloggers treating plagiarism as a scandal, as a dismissal of achievements. Instead of focusing on the negative, Ferguson decided to put a more positive spin on the topic by showing real life examples of people remixing some of the already existing material and explain that this is element of creativity and is related to how all creativity happens in the first place.

Part 1: The Song Remains the Same, a first in series, provides us with a slightly different yet more than compelling look at the role that remixing, mash-ups, and sampling play in our culture, especially when we look at it through the vocabulary of Web 2.0. The short not only takes us on a journey through some of the most recognized melodies in the music industry but gives us a more detailed look into one of the most celebrated bands of the century – Led Zeppelin and some of their greatest hits that, as many uphold, stand dangerously close to ‘plagiarism’.

Part 2: Remix Inc. continues the story by taking us on a journey inside of the Hollywood hits whose greatest strength is … transforming old into the new; according to Ferguson, out of the 10 highest ranking blockbusters a year over the past ten years, 74 out of the 100 are either sequels, remixes of earlier films, or simply adaptations from books, video games, comic books, etc. Although Avatar and Star Wars are the center of this story make sure to stay tuned for one last treat waiting for you after the ending credits; a special look at Tarantino’s Kill Bill, a “closest thing Hollywood has to a mash-up”.

Want to know more about the documentary? Did you hear a sample in one of the two series and are now biting your nails while trying to figure out what it was? If you do, be sure to head to Everything is a Remix‘s official website, which holds a detailed, second by second, record of all the samples used in the documentary and a great number of comments from other viewers that will surely pull you into the debate.

And here is the released today Part 3!

Part 3: The Elements of Creativity reminds us that creativity, well…. isn’t magic. Nobody starts out original. We need copying to build a foundation of knowledge and understanding. And after that… things can get interesting. The series takes us back to some of the most important inventions showing that most were either improvements on the previous ones or closely based on something already in existence. However it is when those ideas come together that the the most dramatic results come alive. So sit back and be sure to yet again keep watching after the credits!

The third part is currently available for download from Vimeo.

And if you want to see the the rest of the series (Part 4 will hopefully find its way to the online community in the fall) be sure to visit the donation page.