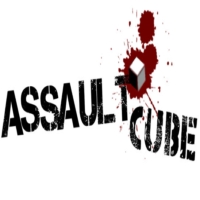 AssaultCube is a free first person shooter multiplayer game. Produced by Rapid Viper Productions, it is based on the CUBE engine. Anyone who has ever played Quake or Counterstrike will feel right at home here.

The game takes place in realistic settings, but the action remains fast and furious. The game has single player and multiplayer modes, but clearly multiplayer is its strong suit. In single player mode you get to play in 26 maps against the computer. There are various difficulty settings to choose from. Playing in single player is a good way to hone your skills and get familiar with the maps.

In multiplayer mode the action is even more intense. The maps really aren’t that big, so movements can be frenetic. But this also makes it easy to get familiar with the surroundings and use it to your advantage. One of the advantages of AssaultCube is there are a lot of servers available. You will find someone to play with anytime.

AssaultCube has a top notch level editor, giving you some control over the game. Map modifications can be shared with other players. The graphics and sounds are good considering this is free. What really stands out is the smooth gameplay. It is also small and can be downloaded quickly.

AssaultCube can be played in Linux, Windows and the Mac.