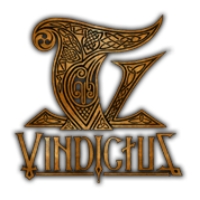 There are a lot of MMORPGs in the market, but Vindictus should not be missed. This action packed multiplayer game from Nexon incorporates solid gameplay with stunning graphics and a gripping story that make it compelling.

The game is based on Celtic mythology, and you have to battle your way to the top. Fans of hack and slash multiplayer games will appreciate its fast action. This game took a while to develop and was originally known as Mabinogi Heroes. Compared to other anime-styled games from Korea, the graphics of Vindictus are more lifelike.

Players also get to interact with the surroundings extensively. While the emphasis is on action, there are a lot of other details that immerse you in the game. It’s free, but the voice acting is comparable to commercial releases.

You have to go the official website to start the game. You can choose from various characters, each of which has a different fighting style. Those new to the game should try out the prologue. It gives you an idea of what Vindictus is about and what to expect. Characters can be customized. There are a lot of details that players can control, including eye color, eye brow, make up, height, hair color and style etc.

What makes Vindictus stand out from other hack and slash MMORPGs is the degree of interaction with the environment. You can pick objects like pillars and barrels and use them in different ways. You can even grab another player and use them as shield when being attacked. All of these features make Vindictus an immersive game.