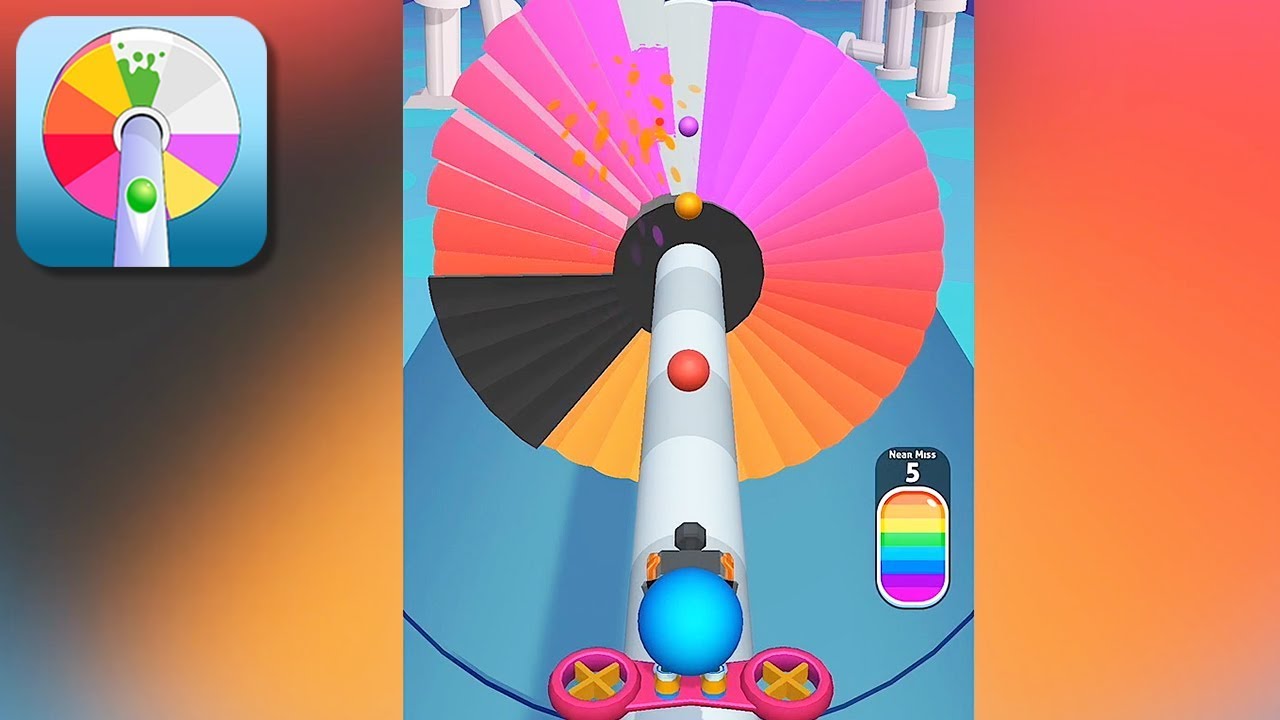 The mobile game industry is so competitive that some good games get lost in the shuffle and ignored. Others are quite deserving to be dismissed since they are ripoffs. At first glance Paint Pop 3D seems like your typical one tap casual game, but Good Job Games has delivered an exciting title worth getting into.

The game is clearly aimed at casual users as it is evident from the controls. All you need to do is tap and hold to apply paint on the spinning disc. Hold to paint and lift your finger to stop. Make sure that you paint only the white areas and avoid the black parts.

If you hit the black area it is game over. The first few levels only have a few of these obstacles so you’ll get the hang of tapping and holding. This is a nice element since as the obstacles increase and painting becomes more difficult.

The graphics are basic but functional and serves the game’s needs. Because the gameplay is so simple anyone can get into it. But that does not mean Paint Pop 3D is easy. The latter levels are actually difficult as the obstacles can really get in the way.

That being said Pain Pop 3D is still enjoyable. It is a casual game yes, but it is also one of those that is hard to put down. Since the mechanics are intuitive you’ll want to give it another try again and again.