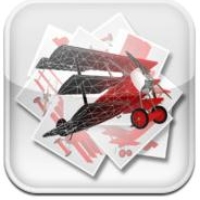 123D Catch by Autodesk gives you the power to create 3D models of practically anything. Instead of sculpting or editing meshes, Catch takes a simpler approach. Simply take pictures of an object from various angles. Load these into the program and it will turn the images into a 3D object.

A video tutorial appears when you first start the app. You will then see some preloaded samples. The I symbol has four options: About, Help, Getting Started and Support. Before you take pictures, try the 3D samples first so you know how to move an object. You can pan, rotate and scale objects.

Clicking the New Capture Button will start a tutorial when you launch the app for the first time. Finish the tutorial. Take a picture by pressing the camera button. The app keeps track of how images you’ve taken. Press Finish Capture when you’re done.

The images will be sent to Autodesk’s servers where they will be transformed into 3D and then sent back to your iPad when modeling and rendering is complete. The time it takes depends on the number of photos you took.

This is really the app’s best feature. If you’re familiar with 3D software, you know how resource intensive the process can be. Rather than force your iPad to do the work, Autodesk servers will do it instead. Catch is free, but you must have an account of some sort. It can be an account in Google, Yahoo!, Facebook, Twitter, LinkedIn etc.