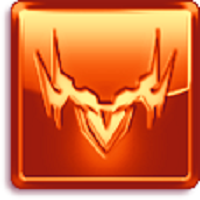 There’s plenty of first person shooters around, but it won’t hurt to give Retroblazer a try. Created by Amilcar Parra, this is a fast paced, action packed game that combines action and strategy. Available for the Mac and Linux too, it’s got a lot going for it.

The game takes place in ARK Island, ruled by Lokahndril, an evil warlord. The warlord has used the island to create a powerful army of androids. You control R-Blazer, the sole survivor of the Lokahndril‘s invasion, to stop the warlord. You infiltrate the island’s vast labyrinth to destroy the androids and the warlord himself.

Retroblazer is a vast game and you have to go through large ruins and military bases, all of which are populated by a different enemy. However, you can pick up many kinds of weapons there as well as power ups and items to help you out.

There are seven levels in the game, and each one is large and has all the elements of classic FPS games. Retroblazer is in full 32 bit color but the graphics are delightfully retro. The fact that you have plenty of weapons to choose from adds to the game’s atmosphere.

Retroblazer is free, but that doesn’t mean it’s cheap. The graphics look good, and the music and sound effects really add a lot to the game. It’s still in the alpha test but it is very playable. It’s really a fun game and the fact that it is in development means there is only more to come.