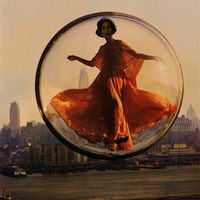 Hop on the time machine with Kirsten Wenlock’s 60s inspired album titled 1963. The songstress treats the listeners with covers of memorable tracks from the said year, where musical wonders like the Beatles, Rolling Stones, and Little Stevie Wonder put out their first releases.

Hailing from Tacoma, Kirsten Wenlock is a singer/songwriter/artist who has a long history of solo and collaborative work. The vocal coah/mentor has come a long way from singing the national anthem at a Seattle Sonic game at the age of 6 to producing albums and working with ESPN, Sonikwire Studios, too name a few.

Welcoming with a healthy dose of soul and feminine sensibility, Heat Wave popularized by Martha and the Vandellas opens the album. Bask in the tracks glory and fluidity as its funky melodies tumbles and booms through the ears.

You’ve Really Got a Hold on Me follows with a saccharine arrangement. Kirsten’s polished and effortless vocals adds power and flair to the track. While Not Fade Away delivers an eccentric instrumentation. Press play and let rhythmic, tribal drum beats and atmospheric melodies give you that right dose of soul and energy.

Wrapping up the album is Then He Kissed Me. Kirsten approaches the track with whispering, subtle vocals and blooming shoegaze.

In 1963, Kirsten Wenlock gave a fresh take to old-time favorites. Through all the covers, the singer’s artistry balances well with the original foundation of the songs, giving the listeners a taste of the old and the new.