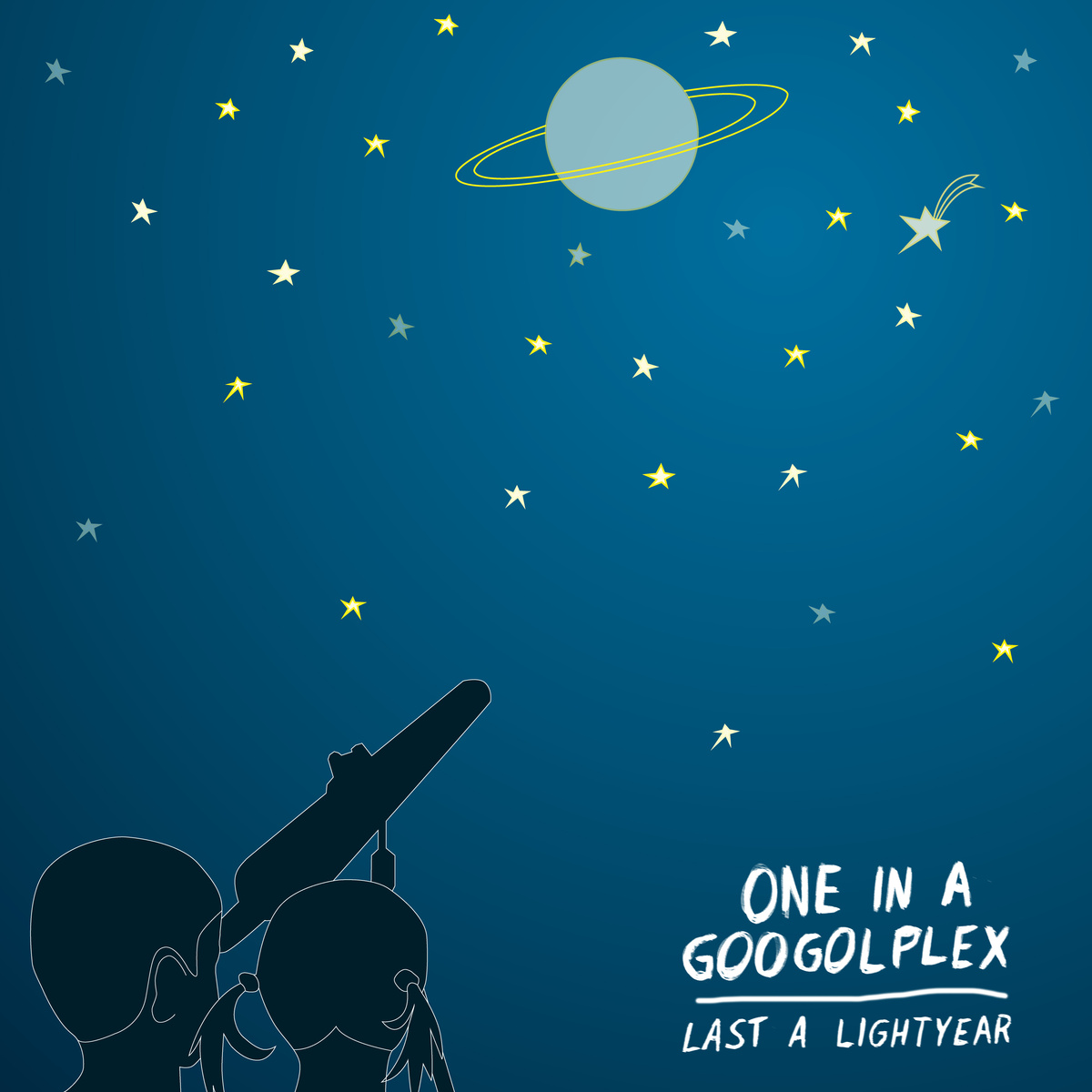 One In A Googolplex: Last A Lightyear

Rarely does music ‘last a lightyear’, but once it does, you know that it’s worth listening.

Such is the case of the German band One In A Googolplex, whose English EP (who knew?) Last A Lightyear is one good collection of easy listening indie pop.

Their celestial – literally and figuratively – aspirations are already evident on the spunky first track, the title track “strong>Last A Lightyear“, which sounds like a chill 90’s tune. An ambitious comparison to The Strokes doesn’t seem far-fetched, does it?

“Our Haystack“, the next one, is a great sonic-tinged treat that’s also a feast for the senses. The way this band pulls of melodies without sounding so ostentatious is really a mystery to me, though.

Not to be discounted are the concluding songs “I’ll Be There” and “When Flowers Start to Speak“, which are two justifiable ways to end a rather short EP. The former puts its guitar strums in the spotlight, while the latter’s personification of the flower (what else) is to be noted.

It’s no-frills pop rock. What more can you ask for?

Track listing:
1. Last A Lightyear
2. Our Haystack
3. I’ll Be There
4. When Flowers Start To Speak