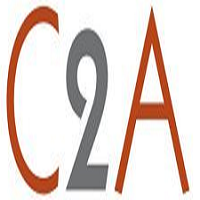 C2A is a planetarium software developed by Philippe Deverchère which you can use for building and viewing of stellar fields. With this program you can use it to access several catalogues for use in astrometry, and it also works well as a general purpose planetarium program.

C2A is capable of displaying the following catalogues: Hipparcos, Gliese, WDS, GCVS and SAO, all of which are provided with the application. In addition it can also display Tycho-2 and Guide Star plus many more that can be downloaded on the software’s homepage.

C2A can also be used for photometry purposes too as it can access the Exoplanet Transit Database and the ArasBeAM catalogues online. The ArasBeAM is for observing Be stars, and you can also use the program to access IAU Meteor Showers and keep an eye on all known and suspected meteor showers.

You can also use C2A to create custom catalogues either as compiled or as text files and it also comes with a host of different functions such as telescope control, ephemeris production, and displaying the paths of meteors and comets. C2A can also compute the positions of different planets quickly. In short, this is a complete planetarium and astronomy software you can use anytime.