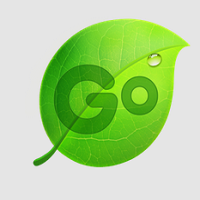 There are a lot of iOS and Android keyboards available, but the Go Keyboard from Guangzhou Jiubang Digital Technology is one of the best. It has a user friendly interface, and its auto correction feature is better compared to other keyboards, so you’ll spend less time typing.

The Go Keyboard also supports up to 60 languages so if you need to type a foreign character that won’t be a problem. The app is also updated frequently so the language list support is only going to get bigger. Aside from that, the Go Keyboard has a wide array of symbols that you can use, and they are compatible with Whatsapp, Gmail, SMS and other applications.

Go Keyboard also has more than 800 emoticons, smiley faces and Emoji, and you can arrange them in various categories to suit your needs. In addition there are several themes you can use that are compatible with this keyboard. But this isn’t just an ordinary keyboard however, as it also comes with a voice recorder and voice input, which can both bee useful.

The Go Keyboard also has a toolbar that you can configure. With it you can access all the emoticons with a single tap and there are also custom shortcuts that you can customize for your typing. These settings can be changed any time, and as noted above, the word correction feature has been improved significantly.

Besides its word corrections and suggestions, the Go Keyboard has support for various layouts like QWERTY, AZERTY, QWERTZ and many more. In other words, it’s got a lot of useful and practical features.