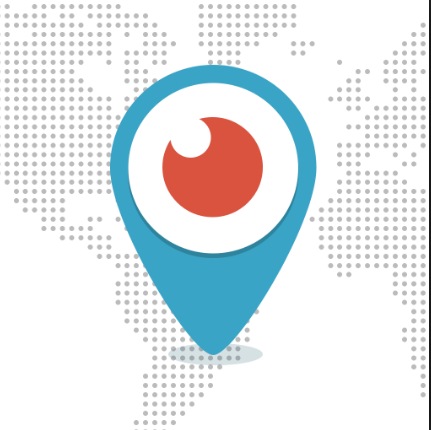 Periscope is an app that lets you stream live video anywhere in the world on your mobile device. Courtesy of Twitter Inc., Periscope makes it easy to transmit video in bite sized sessions, and you can even save them on replay for later viewing. Everything from live events to friends engaged in fun activities can be streamed here, taking social interaction to another level.

To use the app you need to open a Twitter account. Once in your account you’ll be able to access Periscope. The interface is thankfully clear and streamlined, and its clever use of tabs makes finding videos easy. The content ranges from people eating sandwiches to watching someone’s party to breaking news or even natural calamities as they happen. In short there’s a little bit of everything here and you could spend hours viewing the videos.

If you want to upload something just press the camera button and that’s it, you start broadcasting. Your streams can be public or private, and there are options for saving and archiving it. That’s all there is to figuring out how to use Periscope, and that’s a good thing since you’ll be spending a lot of time digging through the streaming videos.

If Twitter is the champion in shorthand messaging, then Periscope could become the leader in live streaming on mobile. It’s free, fun and easy to use, and it will certainly appeal to those that like to stream live or watch them. If you’re into that stuff then this is something you’ll want to check out.