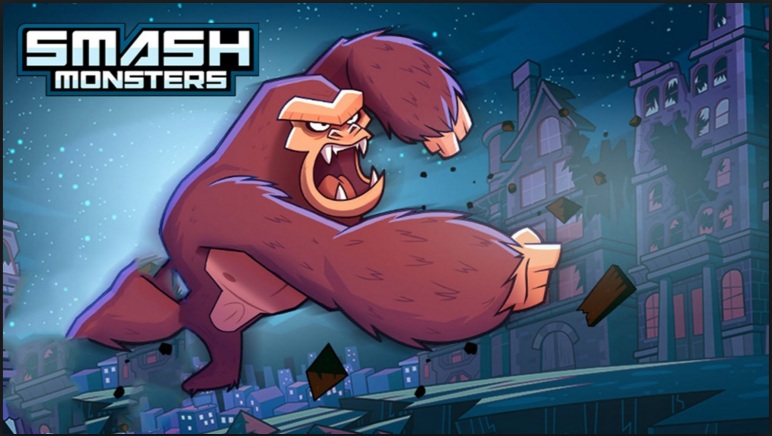 Smash Monsters – City Rampage is a monster collecting game that combines elements of strategy, action and humor. Published by A Thinking Ape, you use the monsters you collect to battle others in a PvP setting. Aside from managing the monsters, you also have to create tower defenses, and that is just for starters.

The game is visually appealing, and the design of the beasts are fittingly cartoonish and with matching sounds. Once you’ve got enough monsters, you choose 3 of them and attack the city. If your attacks are successful you will be able to advance and gain access to more mythical beasts.

The goal is simple enough and that’s to smash all the towers and buildings on the 3 x 3 city grid. To accomplish this you just choose the monster you like and swipe across the buildings you want to destroy. However it’s not that cut and dried as this is a turn based combat game, meaning precision is a must. The good thing is the early levels are simple enough so you will get the hang of it before the tougher stages.

Smash Monsters – City Rampage employs a health meter for your team and opponents, and you need to keep an eye on this if you’re serious about advancing. Even if it’s your first time to play it’s not that difficult to learn as it is all taps and swipes. While it’s a turn based combat, the action is quite frenetic and should keep you occupied.