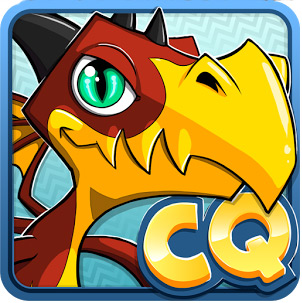 Curio Quest from 5th Planet Games is a turn based game similar to other “capture the monster and battle” titles in the iOS. If you’ve played those games before, getting the hang of it will be easy. But while it does bear some similarity to other titles, Curio Quest also has unique elements that give it a distinct look and feel.

At the start of the game you’ll learn that your home has been magically teleported to the mysterious Land of Curio, a far and distant place. This is explained in a cut scene – there are many more like this throughout the game – and you’ll come across them as you capture, raise and prepare creatures called Curios for battle.

There are a lot of monsters here and they’re each uniquely designed, with the green manta in particular quite striking. As you might expect the objective is to collect these creatures, and as you do, you’ll need to equip them and turn them into an army. The game mechanics are simple so it’s easy to pick up.

There are plenty of Curios to collect so this game is going to keep you occupied for a while, and you can choose from different genders as well as customize their names. In addition, each creature’s abilities can be boosted via special powers and skills. Design wise, the Curios are colorful, beautifully drawn and well suited for mobile devices.

Curio Quest seems like it’s aimed at the younger audience, but the gameplay should keep adults interested as well, as the turn based battles end quickly with single and multiple Curio battles available. As long as you keep winning, your Curios will gain experience that will help in future battles.