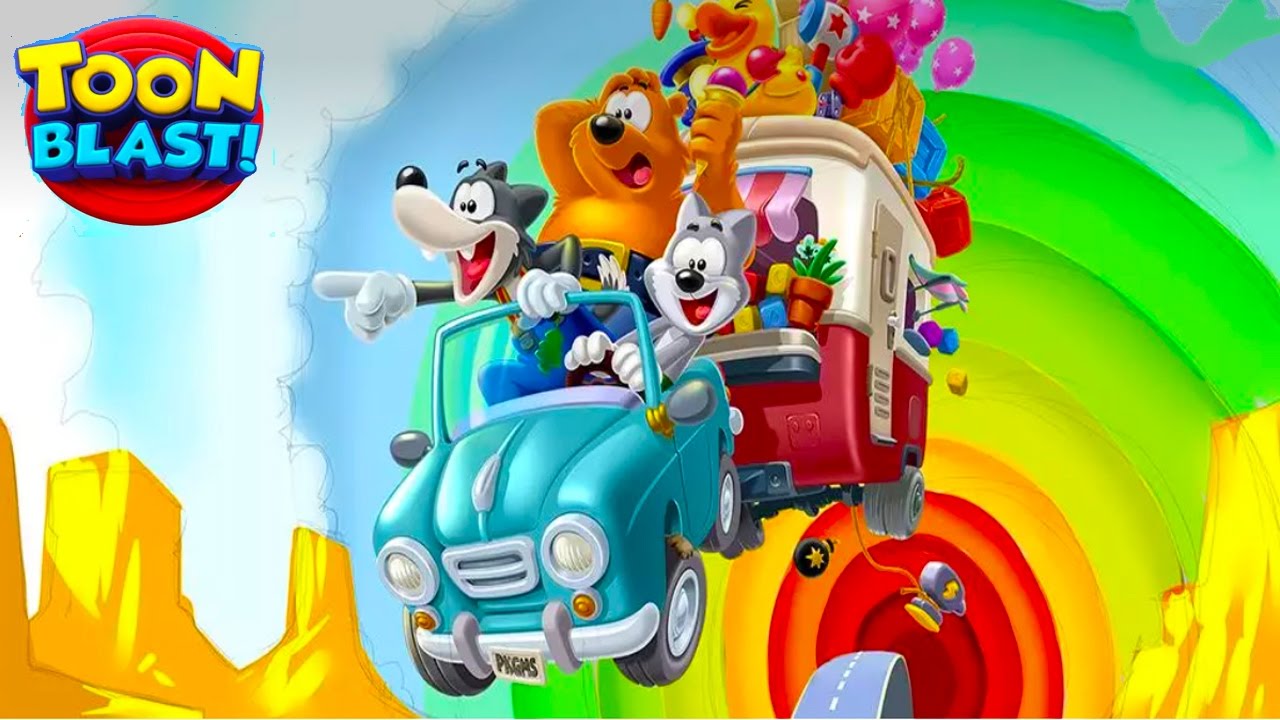 Toon Blast by Peak Games is a match two puzzler, but don’t dismiss this as just another run of the mill title. With its colorful graphics and friendly animals, it is a game both kids and the young at heart can enjoy. The cute graphics aside, Toon Blast is an engaging game that should keep your kids occupied and happy.

As a match two puzzle, Toon Blast is easier for younger kids to learn. The fun characters and the music will also appeal to them, much more so than other puzzle games. The music and sound effects are particularly nice and don’t have the irritating effect that other kids’ games have.

Every level has a set objective that you need to complete with a limited amount of moves. You can break blocks adjacent to one another, allowing others to fall. In some levels you need to break up bubbles or crates, and in others you have to clear up a number of colored bricks. Since the controls are similar to other match two puzzle titles it’s easy to get into.

You’ll find more success by allowing the colored blocks to build prior to going through them. As you progress you’re gong to come across special boosters and power ups that destroy multiple blocks, rows and columns. You’ll be needing these as well since the later levels can be trickier, but still manageable for kids.

You can actually begin a level with a bonus, and you can also buy more with the in-game currency. Inn short there’s plenty here to keep kids going.