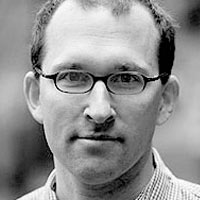 [TEDTalk] Benjamin Wallace: Does Happiness Have A Price Tag?

Can happiness be bought? This is a question for the ages. One can give an empty philosophical answer or one can be like Ted Wallace – try the most expensive and coveted things in the world and give the answer straight up. He’s tasted some of the world’s most costly and rarest wine, richest steak, fragrant truffles, outrageously priced coffee, smoothest car, and state-of-the-art bed and toilet seat, among other things. If you’re a human being, you don’t want to miss this short, humorous yet very informative talk on our civilization’s most cherished goals: money and happiness.

More so, you’d want to know if those two things are indeed synonymous.

Ted Wallace’s 14-minute talk was very straightforward. He didn’t mince his words, and best of all, he tackled the question without being pretentious. I found myself drawn in his discussion of the world’s most expensive things and if they were worth it – it’s just like hearing a friend talk about stuff during a quick lunch. All in all, the video was very enlightening. You should see it.

Ted Wallace is a journalist based in Brooklyn, New York. His most controversial work yet is about one of the world’s most expensive fraud – a $165,000 bottle of wine sold in an auction (The Billionaire’s Vinegar). He’s written for prestigious magazines such as GQ, Details, Salon, and The Washington Post. His public speaking style faithfully reflects the way he writes – clean, wry, straight-to-the-point, with just a touch of well-placed humor. His talk, “Does Happiness Have a Price Tag?” was delivered at the Taste 3 conference last May.