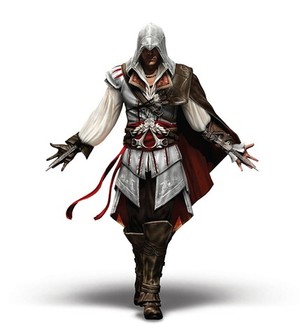 Following the success of the original Assassin’s Creed video game, UbiSoft now brings us the most-awaited prequel to Assassin’s Creed II – the story that started it all.
Spanning a rich history of assassins’ stories featuring Leonardo da Vinci, the Medici Family and Machiavelli, Assassin’s Creed Lineage is the first of the three-part short movie which is set to uncover all the secrets of one of Italy’s most powerful families, reaching further than anybody expects it to be.

The original Assassin’s Creed was set in 2012, with a bartender named Desmond Miles being kidnapped by a laboratory to extract his ancestors’ memories regarding a “Piece of Eden.” Desmond is a descendant of the Altair Ibn Ia-Ahad, a member of the Assassin’s Clan in 1191, and they wanted the artifact which was said to have the power to create illusions, from the Knights of Templar.

Following the story of Desmond and Altair, Assassin’s Creed II focuses on the story another ancestor of Desmond, Giovanni Auditore. Set in the year 1476 in the charming country of Italy, an assassin’s life is not as brutal like what others always see. We can see Giovanni as a father and as a husband, even for just a moment.

When the Duke of Milan is brutally murdered, the Assassin Giovanni Auditore is dispatched to investigate. The answers he uncovers implicate Italy’s most powerful families reaching all the way back to the Vatican itself. As Giovanni draws closer to the truth, he becomes hunted himself. He must expose the conspirators before he joins their ever growing list of victims.

Lineage is the prequel to the Assassin’s Creed II story, revealing the machinations of 15th century Italy through the actions of Ezio’s father, Giovanni.

Episode # 1: 1476, Florence. Giovanni Auditore, an assassin, attempts to thwart a conspiracy against one of Lorenzo de Medicis allies. The ensuing inquiry will take him to Milan where he tries to prevent the worst from happening.

This is the first episode from a set of three, scheduled to be out before the official release of Assassin’s Creed II for Xbox 360 and PS3 in November. The PC version would be available in the first quarter of 2010.

Following the steps of 300 and Beowulf, Assassin’s Creed Lineage probes deeper into the story of the original game, and leaves gamers and non-gamers at awe with this short movie’s special effects and motion-capture actions.

If Assassin’s Creed Lineage would be a full-fledged movie, it’s surely going to be a hit.