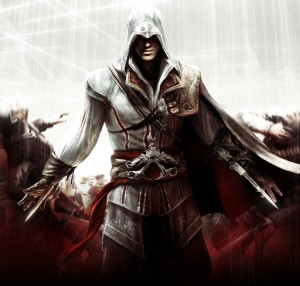 We have written about the first part of Assassin’s Creed II: Lineage here, but UbiSoft and Hybride Studios have recently compiled all three episodes of the miniseries, completing the thirty-minute short movie filled with stunning graphics and intriguing stories.
Assassin’s Creed II: Lineage now tells us the full story of the secrecy, distrust, monarchy and assassinations in early Italy as seen by the assassin Giovanni – the perfect background for one of the most awaited games of the year.

Continuing where the first story left off, we see Giovanni traveling from Florence to Rome to unveil the treacherous waters behind the assassination of the Duke of Milan.

“Giovanni is an assassin living during the Renaissance in 15th century Italy. At this dawn of a new era, a conspiracy is being plotted by one corrupt family to overthrow the powerful Medici family and destroy a unified Italy. As an assassin, Giovanni must face this threat and bring justice. The story introduces the situation before Assassin’s Creed II, and the enemies of both characters.”

Giovanni is the father of the game’s main character, Ezio Auditore, and like Altair, they are also the ancestors of Desmond Miles in the first Assassin’s Creed game.

The graphics in the whole short movie is simply stunning – what else could you expect from the creators of 300 and Sin City? Almost everything was shoot in green screen, with the exceptional combination of great actors with awesome CGI. As a promotional movie for a game, Assassin’s Creed Lineage truly amazes its viewers by the high-quality effects and superb acting which makes you very, very excited for the game itself.

According to UbiSoft’s UK Marketing Manager Murray Panel in an interview with GamesIndustry.biz, he revealed that the company is not moving towards film, but rather eyes on technological convergence with Hybride Studios.

“But where Ubisoft is a bit more ambitious than other publishers is on convergence of the intellectual property, and story-telling in its broadest sense. So what I think Assassin’s Creed Lineage showcases is how we can take content – and we’re a content provider fundamentally – and deliver that in interesting ways to consumers and fans alike.”

Enjoy and sit back while you watch this short movie. With a plot this intriguing, and graphics this good, you’d surely be asking for more of Assassin’s Creed.