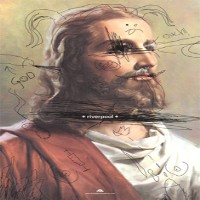 What would happen if Satan was a rebellious adolescent acting up after arguing with his dad, the big G? Riverpool is an experimental walkmovie that explores this exact premise.

The film runs for about 69 minutes and captures the life of a teen Satan (or Lucifer, depending on what your preference) as she runs away from her home and touches down to Earth. She refuses to return “home” until her dad accepts her for who she is, so she is left wandering until now.

Riverpool was created and produced by The Hill Productions. The group has been a constant presence online in the filmmaking scene since they have worked on a handful of indie film projects like Dozer (2009) and Pentagon (2008), among others. Riverpool is one of their more current releases.

The premise for the film is an interesting one and the fact that the group decided to shoot it as a walkmovie, it captures the essence perfectly. The film is written and directed by Davor Radic and stars Annika Johansson. The nice thing about this film is that it features an open soundtrack which fans or viewers can compile their own playlist for the movie. You can find several soundtrack options on their Facebook page.