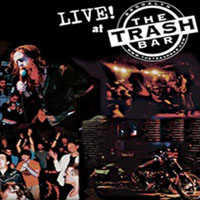 Alive and Well at The Trash Bar – a music documentary on NYC rock, punk & metal scene

In 2006 New York City lost two of it’s most beloved and influential rock and roll music institutions. But CBGB and Continental were merely victims of a larger epidemic – the corporate takeover of lower Manhattan.

Little did anyone know at that time that a seemingly run-of-the-mill music venue in Williamsburg, Brooklyn, would, by a series of fateful events, take over to carry the torch and continue a longstanding New York City tradition.

In an age when big business rules all, it’s true that a rock and roll club can still manage to live up to a core set of values held near and dear to the hearts of thousands of music fans, the legacy of the NYC rock and roll movement, and the idea of what that movement represents to those who have only read about it.

Welcome to The Trash Bar!

“Alive and Well at The Trash Bar” is a MegaPlatinum Entertainment LLC Production and it’s licenses under Creative Commons. MegaPlatinum supports the bittorrent platform for spreading and sharing creative ideas. We encourage you to share this movie with your friends and seed the torrent well, so others can enjoy it as well.

If you like the music in this documentary, we suggest you take a look at The Official Live Album of The Trash Bar in Brooklyn NY – you can download it here. It contains 28 tracks in total! All raw, all analog, all live!