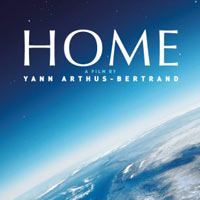 “Home” by Yann-Arthus Bertrand is a visually stunning and thought-provoking documentary about the damage humans have inflicted on the planet Earth. It is a collection of amazing aerial photos and videos from 54 countries all over the world, showcasing the vast beauty as well as the terrible scars that we left our home during the development of our civilization in the past 200,000 years. The impact of homo sapiens – wise humans – is nearing the critical point when it cannot be reversed anymore. “Home” shows us what we’ve done and what we stand to lose.

The film was shot from a helicopter using an HD camera. It took 217 days of shooting and 488 hours of footage to create the documentary. The movie is the first one of its kind to be released simultaneously to five continents across the world in different formats: DVD, television, and YouTube. It broke the world record for the biggest film release of all time as it opened in 181 countries on June 5, 2009. PPR, a multinational company based in France, sponsored “Home”.

Equipped with a well-written script and persuasive storytelling, the message of the documentary is clear: now is not the time to be a pessimist and give up on our planet. There is still time, even though it’s running out, to fix things. Bertrand suggests ways on how to reverse or at least slow the damage, such as turning to renewable energy, building of more national parks, fostering international cooperation between states, and providing more education on the problem. Bertrand quotes Theodore Monod, “We’ve tried everything, except love.” It’s about time.

The film is carbon offset, meaning all the C02 emissions produced in making it is offset by equivalent sums of money to be spent on providing clean energy to people who don’t have it. All of Yann-Arthus Bertrand’s works in the past decade has been carbon offset, which says a lot about his dedication to his own cause.

We are living in exceptional times. Scientists tell us that we have 10 years to change the way we live, avert the depletion of natural resources and the catastrophic evolution of the Earth’s climate.

The stakes are high for us and our children. Everyone should take part in the effort, and HOME has been conceived to take a message of mobilization out to every human being.

For this purpose, HOME needs to be free. A patron, the PPR Group, made this possible. EuropaCorp, the distributor, also pledged not to make any profit because Home is a non-profit film.

HOME has been made for you : share it! And act for the planet.

Wikipedia reports that “Home” has “received a large response upon release, receiving over 400,000 combined views within the first 24 hours on YouTube. It was shown to high ratings on channels around the world including the international network National Geographic. France débuted the film to over 8.3 million viewers in France alone. In India, Home was shown exclusively via the STAR World cable network.”

It seems like all download links have been taken off the internet by the producers and the recommended place to watch it is YouTube, but believe me – still worth your time!