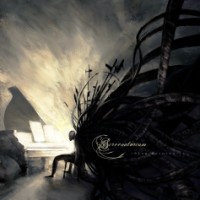 Acoustic downtempo beats that makes you wish trip hop reigns supreme once again. Screenatorium is like the long lost trip hop band that should have come out of the 90s; back when it was still the heyday of trip hop music. Not to say that their style is outdated, but it certainly brings back a lot of 90s trippy bands to mind.

Screenatorium is a French band primarily headed by composer and musician Djeh. He enlists the help of Nawelle Saidi and Nelly Burn on vocals as well as Niet who serves as official graphist. Their mellow music definitely sparks interest and is perfect for a relaxing afternoon filled with mood music. Screenatorium was first formed back 2006, and by 2007, Nawelle, joined the group as their vocalist. This union led to the release of the “Blue Morning EP” the following year. To date, the trip-hop group has released four albums including their latest, “Takeoff for Naive.”

The group incorporates plenty of pop and jazz into their music. While listening to their songs, there is a very apparent similarity with Bristol bands during the 90s. Essentially, the trip hop sound was a big deal back in Europe somewhere around the late 90s, with bands like Sneaker Pimps, Massive Attack and Portishead leading the way. It’s good to see that the influence lives on with bands like Screenatorium.

Title track, “ Blue Morning” is a beautiful jazzy track that features beautiful, dreamy vocals. On the other hand, “I Was Upstairs” features smooth vocals from Naive. It’s an easy listening track that you wouldn’t mind playing at a cool house party or downtown club.

Screenatorium carves their own brand of trip hop by making sure their arrangements are solid and by creating melodies that are extremely easy to enjoy.