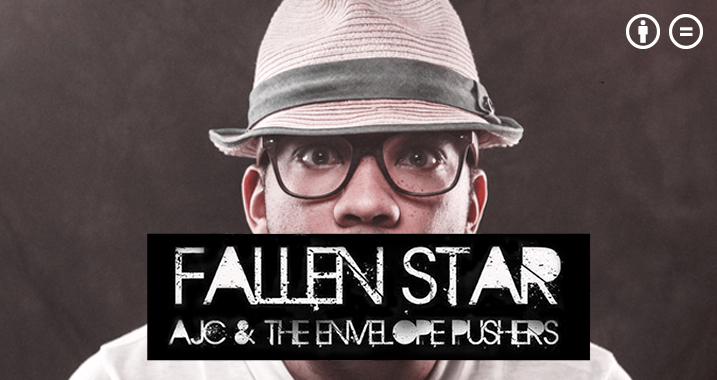 “The body is made to move, so why not make it move?” Adam Collier, frontman of AJC & The Envelope Pushers said in an interview, “And the brain and the cognitive senses are made to process different things and think… Why not enjoy the fact that this is a really good message – whether its about depression, AIDS, sex, religion or somebody who’s going though a hard time – and dance to it”. The band’s incredible debut record, Fallen Star, is, in many ways, a perfect aural manifestation of this thought of Collier’s.

Listening to Fallen Star may evoke for many hip-hopheads the style of Kendrick Lamar-s magnum opus from last year – To Pimp A Butterfly, in the way it hops among genres and uses its lyrics for positive messages. Though nowhere near as moving as TPAB (which is totally fair since we’re comparing a debut record to one of the best in the genre), the album makes for an absorbing listen and a source for inspiration for those who require it.

Dreams introduces us to the easy mellow groove that imbues through most of the record. Rhodes pianos, trombones and trumpets are all part of the band’s arsenal over which Adam Collier works his impressively elegant flow. The following Richest and On My Way To The Top follow the same route while Hustle Homie brings in a touch of the “gangsta” swagger. The album’s latter half, however, is where we see the band at its fullest and most versatile. We are given an upbeat party banger (She Movin’), a super-danceable reggae number (Hands In The Air) and a smooth introspective R&B jam (Fallen Star). The most interesting track is saved for the end though. The rock-influenced Echo, with its distorted guitar riff and tempo changes, perfectly sums up and achieves the band’s intention of being “genre-less” as their website states.