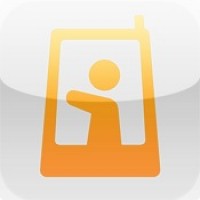 In the present scene of phishing online, encryption of confidential emails is of utmost importance for the professional on-the-go. So, here comes in IBM Lotus Notes Travel Companion. IBM Lotus notes is nothing new or unheard of in the professional world and does a very neat job with the highest level of data-encryption available today.

IBM Lotus Notes allows users to send, receive and view encrypted data through the app. Users with Domino mail will be loving this app for the plethora of functionality this app throws-in for them. Domino Mail users can not only sync their account with Lotus Notes but also view mail on their iPhone.

The encrypted mail appears in the users’ inbox, only through a unique secure link for the Companion Application. What really does the trick here is, after the Lotus Notes password has been entered, all encrypted data shows up on the device. Once the user logs-out, all the decrypted mail is wiped-out. Ensuring the highest possible security.

Setup is really a breeze. To get everything going, users just need to install the IBM Lotus Notes app and the Companion app with the proper settings punched-in. Voila, everything is good to go. Setup video after the break.

A few precautions before getting everything going. Users should make sure that their IBM Lotus Notes Traveler server is running Traveler version 8.5.1.1 or greater for proper functioning and syncing with the iOS app. The current iOS version 2.0.3 removes the need for repeated password prompts for sending multiple encrypted mails one-after-the-other. This feature requires Lotus Notes Traveler server version 8.5.2.3 or greater. The update also irons out minor bugs.

So, everyone on iOS who envied the security provided by Blackberry Internet Services, this is the answer. IBM Lotus Notes Traveler works on iPhone, iPod Touch and iPad running iOS 3.0 or later.