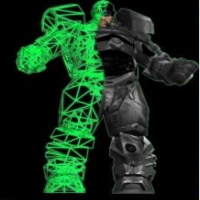 Bos Wars is a free real time strategy game (RTS) set in the future. This fast paced RTS game has you creating a war economy while battling enemies all around. Unlike turn based strategy games, the events take place in real time. You don’t have to wait your turn, but then neither do your enemies.

This will keep players on their toes. The game is challenging but not frustrating. The key to success is creating an army to attack your foes. At the same time, your army must be able to defend your plants needed to power the economy.

The economic aspect of the game is rate based. You have to build power plants near hot spots to get magma. This will then be converted into energy. Players also have to keep producing mobile units and buildings.

Just like other RTS games, the goal is to seize as much control of the map as possible. The bigger the area you control, the greater your economic and military might will be. The strategic aspects come from controlling passages, roads and other key points. The game has a campaign mode. Custom maps are also available. There is a quick play mode for those who just want to get into the action. Players can select the difficulty level, what map to use and even how much resources you have at the start.

Bos Wars lets you play against people via LAN or the Internet. You can also play against the enemy AI, which is really good. The game can run on Windows XP and later versions. It is also compatible with Mac OS X and BSD.