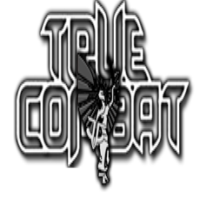 TrueCombat is an FPS with emphasis on action, tactics and team play. Developed by “Team Terminator” and Studio Groove Six, the game uses realistic weapons, and you won’t be able to make big jumps or other fancy moves here. In short, this is the FPS gem for those who want realistic action.

Both games have plenty of gaming modes including body count, capture the flag, and many others. While the game engine used for the two versions differs, they share some common features. Both versions are very fast paced and its object penetration is in multiple layers.

Also, it has a high end ballistic simulation, and interestingly enough, an iron sight aiming system. The fact that TrueCombat doesn’t make use of crosshairs makes aiming more challenging, but also more realistic. There’s plenty of weapons to choose from here, and they all have realistic simulations, so don’t expect a super gun that will wipe out all your opponents with one shot.

TrueCombat also supports voice commands, adding a nice touch to the game, and it also support freecllmb. The graphics are very smooth for a free game, with the glare and lens effect very well designed. Also TrueCombat has some very good sound effects, with the gunfire and explosions just right without none of the exaggeration found in other games. In short, this is a cool game.