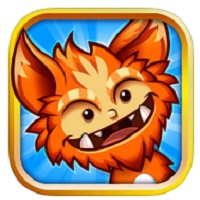 Monster Legacy is a game that will pit you against cute but powerful monsters, and while it looks like it’s for kids, it’s pretty challenging even for seasoned button bashers. What’s even more interesting is that the developer, Outplay Entertainment, has opted for a 100% free approach, as you can complete the game without spending any money, though the option is there.

You’ll be playing and competing in the world of Arborea, which you are trying to save from the clutches of the dastardly Lord Ardur and his monster horde. The main characters here are the Keepers, who have the ability to keep monsters and utilize them against the evil creatures.

The gameplay in Monsters Legacy is engaging, and the soundtrack adds to the atmosphere as it complements the game well. The game itself has an adventurous feel but not so difficult that casual gamers will find it unappealing. The graphics in the game are top notch, and there are plenty of references here to comics and films. What really makes Monsters Legacy enjoyable is you can finish the game without spending a cent.

To have a better chance of succeeding in Monster Legacy you need to use the trappers effectively. Trappers are the devices necessary to capture those monsters lurking about, and the better the trapper, the more monsters you’ll be able to capture. Remember that you don’t just need to win the battle but also capture the monster so you can use it. With the way Monster Legacy is structured, you’ll probably going to find it addictive and play it for hours.