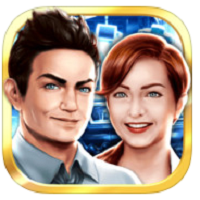 Criminal Case from Pretty Simple Games is a detective puzzle, and if you’d played this type of a game before, you’ll feel immediately at home. So who is your character? Well, you play a cop who’s been tasked to solve several complex cases, and while Criminal Case began as a game on Facebook, it’s proven so popular that a version for the iOS is now available as well.

Criminal Case starts with a simple case that’s actually a tutorial, and by the time you’re through with it you’ll be familiar with the game’s basic concepts. In the tutorial, you’ll be introduced to Jones, your partner who can, if you prefer, join you in the missions. Each of the cases consists of several mini missions or tasks, but the highlight is definitely the crime scene as this is where the “find the hidden object” mechanism comes into play.

On each crime scene you’ll be given a list of objects to find, and some of these can be quite difficult. However there are clues available to help, if you wish to use them. But remember that you are racing against the clock to earn more and more stars, as they’ll become important as the game goes on. The more stars you have the quicker you’ll be able to progress in Criminal Case.

Criminal Case isn’t just about finding lost objects though, as you also need to talk to suspects, go over clues and perform autopsies. These activities will require stars, though, which is why speed is of the essence. The gameplay is very good, and anyone who’s played detective themed games will be happy with this one.