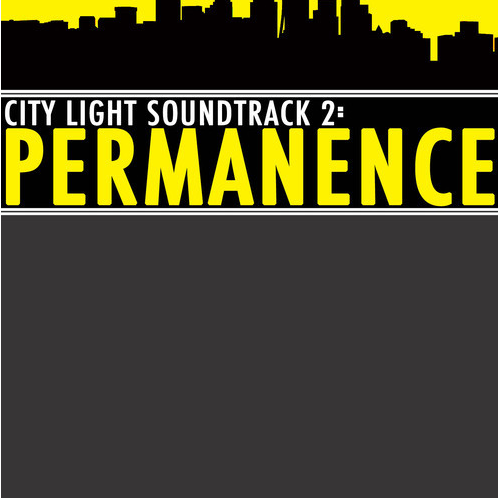 Singer/songwriters have a penchant for writing about love, ad nasuem – but Carlos Castaño, a Filipino musician, armed with his acoustic-guitar-of-emotional-distress breathes new life into the subject with his vulnerability; combining crowd-pleasing beats with clever wordplay and an introspective take on what is evidently, his preferred subject matter.

In his album, Permanence, the second in the three part City Light Soundtrack series, his vulnerability when it comes to matters of the heart stands out with every guitar strum and note; and it’s likely why this effort—an independently produced record of heartfelt ballads and toe-tapping beats—seems to resonate well with the lovelorn, indie-loving set.

Strongly anchored on acoustic rhythms, Castaño is a musician moved by the concept of love lost and found, then lost again. His voice, reminiscent of traditional singer/songwriters of global acclaim (think: John Mayer) may prompt listeners to think that his take on the genre is unoriginal; but because he wears his heart on his sleeve, proudly, his delivery becomes more heartfelt, sincere and poignant—drawing the devastatingly brokenhearted and obliviously infatuated into his musical spell.

Bright Yellow, by far, stands out prominently from the 12-song track list—a rhythmic love song about a man fighting for a relationship at its tipping point. Then there’s The Banterist, an impressively strummed groove, which documents the beginnings of a love affair. And for more toe-tapping hits, What About Love? seamlessly fuses dramatic overtures with a bubbling piece of danceable pop.

Yes, all the songs are about love. You can’t expect anything less from a man whose basis for musical creativity seems to be based on one too many failed relationships. So for anyone who is less than sentimental about heartache, it does tend to go a little overboard with the subject matter.

That said, the merits of the album far outweigh the potentially off-putting drama that inspired it. After all, what music fan won’t be able to relate to tales of unrequited love, break ups and make ups, falling in love and out? More so when it is offered up to listeners backed with impressive vocal, striking guitar-work and powerful percussive cadence.