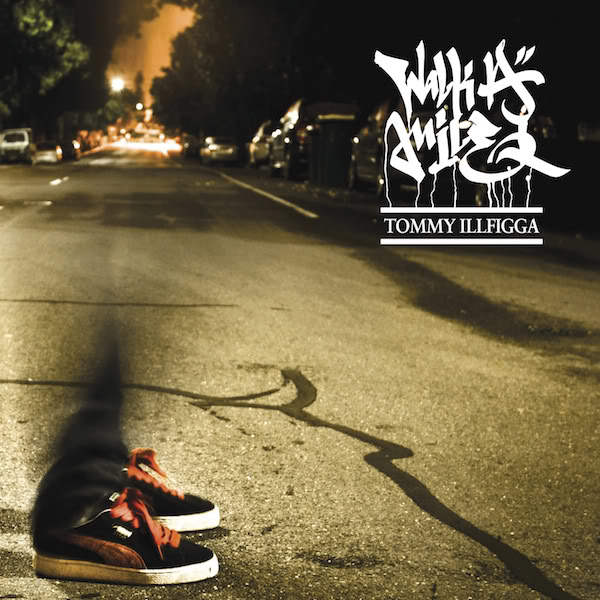 Coming Up Down Under: When most people think of the term “Hip Hop”, they usually don’t picture Australia… and why would they? It’s not like you see an Aussie “Hip Hop” clothing line when you go to the store, or watch any reality TV Shows about washed up ex-rappers from Down Under.

In fact, I asked 100 random people outside of a record store in Long Beach, CA who their favorite Hip Hop artist from Australia is – and 100% couldn’t name one, with over 80% unaware there was Hip Hop in the “land of oz”. Well, not only is there Hip Hop in Australia, but the scene is thriving with in its constrictive boarders.

Tom Horn (aka Tom Thum & Tommy Illfigga) is a prime example of how far this island nation has taken the American born art form/subculture we all refer to as “Hip Hop”. Unlike most American artists and performers who usually have one or two of the four pillars (emceeing, graffiti, b-boy, and DJ’ing) down to a science, Tommy is well versed in every element of the culture, with a mastery of beat-boxing, graffiti, and most recently showcased in his debut LP ‘Walk A Mile’, emceeing.

You wouldn’t guess how amazingly talented this young Brisbane native is just by talking to him, because unlike many American artists, he has a humble egoless approach to his craft and open relationship with fans & supporters that doesn’t usually correlate with an individual possessing his diverse range and depth of ability, but I’m not going to tell you any more about why you should already know the name Tom Thum, instead I’d rather just give you a link to check out for yourself.

If you enjoy Tom’s work, then you may want to follow him online and stay up on tour dates, new album releases for both his projects; as well as a steady stream of great music from his Australian based indie music label Born Fresh Records… if you enjoy ‘Walk A Mile’ and want to help support this hard working and highly talented artist, you can do so by purchasing a copy on the BandCamp webpage.