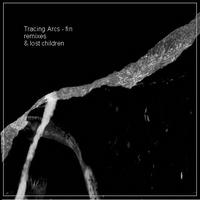 As the band describes themselves on their MySpace:

Started in the mid 90s, Tracing Arcs conspired to mix the elements that they said wouldn’t. A respect and love for the “out there” of Miles electric period, the fragile beauty of Sylvian and The Blue Nile, that filmscore you heard that said more or married the images into something else. The sound adventures of Eno, Hassel, & Brook. The exploratory jazz/dub of John Martyn. Fran Kapelle : Vocals/Lyrics worked as a session & backing singer with many artists such as Brian Kennedy,Ian Shaw, An Emotional Fish,Eddie Reader, Mary Coughlan, Carol Grimes, the Film ‘the Commitments’ as well as running her own dance label.

Terry Pack : Double Bass www.terrypackbass.co.uk Previously bass player with The Enid, numerous session work with many artists/genres, including Johhny Marrs, and some of the best UK & European jazz artists.His own cd “what happens now” available on Symbol. Paul H.Addie : Keyboards/programming Yeh! just me……….

It is a chilled Electronica / Trip-hop / Ambient compilation with some beautiful lyrics. Enjoy