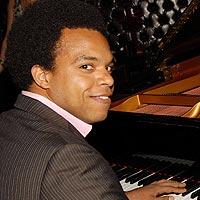 Normal music enthusiast would dare say that Jazz and Rock can never go together. It may be because it does not complement each other and the produced music will not sound good or no musician is insane enough to try. Above all these excuses, Eric Lewis proved them wrong. In the recent TED Conference, Eric showed his special skill of mixing two good and well-established genres into a great crossover of the song “Going Under,” popularized by the gothic rock band Evanescence.

Adapting such popular song is a very bold move for Eric. Admit it, only a small percentage of listeners appreciate Jazz. His performance was packed of the fierceness of rock and the great energy emitted by Jazz. He’s also very creative with his opening. Instead of using the black and white keys of the piano, he utilized the strings attached to the keys. It gave the eerie feeling of gothic rock, which suits the theme of the piece. His technique allowed him to express his connection with the piano and the combination of Jazz Rock. It was evident that he was playful and passionate, but the real essence was still there. Every touch of the piano key was truly spiritual and graceful. No doubt, that he can bridge the gap between two different worlds and make them one.

The audience offered Eric a standing ovation accompanied by shouts of amazement. It was a very superb performance indeed from a 21st century musician. This video is endorsed by TED and is licensed under Creative Commons. Video Download is available in .mp4 format.