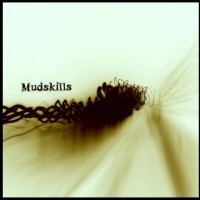 Rock alternative indie rock that comes in fast and hard. Apart from a short bio and the name of its band members, information about this band is a bit elusive. Essentially, Mudskills is made of Eleonora Rocca on vocals and guitar; Mirko Deiana on guitar; Marcello Pabiri on drums and Allessio on bass. On certain instances, they are joined together by Andrea Puddu on drums and Emanuele Orru on bass.

Mudskills is a hard rock act that showcases plenty of grunge influence. Although it’s not entirely a gem, the album does hold some noteworthy tracks that any grunge lover would enjoy. It’s worth checking out if you have a taste for loud rocking tracks.

This self-titled debut release from Mudskills is composed of 9 tracks that takes from indie rock, alternative and even influences of grunge. The album was recorded back in 2009, between January and May in Italy. Recording for the album was a bit tight since they had to record it right before the departure of their drummer, Andrea. The band admits that listening to this album and actually seeing them live will be a completely different experience from each other since they have changed and evolved in terms of musical style after the recording of this album.

Even though this release is no longer the best representative of how the band sounds like now, there are still worthy cuts in the album by itself. Cool Mean is one track that’s worth spending time on. Even though the recording quality could be improved, the rawness and energy is unmistakable. The vocal work could also use some improving to make the tracks more appealing. This is especially noticeable in “I’m Waiting For.”

Despite those shortcomings, the album’s lack or understated production values fits nicely with the energy that the band exerts in every track.