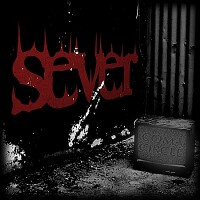 With a great mix of hardcore metal and rock that will knock your socks off, Sever is a band worth listening to. With the traditional line-up change expected from a band that’s more than a decade old, Sever’s current lineup is as perfect as can be.

Coma Circle features 10 tracks filled with energy and rawness that’s hard to find nowadays. Â Perhaps the fact that they are relatively unknown (as of yet) adds to the appeal, but this German band certainly deserves a chance to be heard.

Heiko Gimbel, their vocalist cites bands like Tool, The Offspring, and Textures as some of his favorite bands. With this musical taste, it’s no wonder he exhibits great control over his vocal capacity. He can go from a straight out howl to a melodramatic belt. Something that’s difficult to see on even the most famous rockers in mainstream music today.

The rest of the band is composed of Ralf Raddeck and Roman Reckert on guitars, Steffen Petry on bass guitar and Mike Baruth manning the drums. Formerly known as Change of Mind, the band suffered a departure of their then vocalist Bjorn Eirich and the remaining members went on to call themselves Sever.

Each of the tracks are likable and if you love hardcore metal, it won’t be difficult to become a sucker for this one. It’s rare to find good quality metal bands out there and this one is a sure treat. Give their music a go, they’re worth one listen at the very least.

This work is licensed under a Creative Commons Attribution-Share Alike 2.0 Germany License.