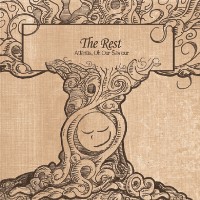 The Rest – Atlantis, Oh Our Saviour

Dreamy Canadian youngsters that strike a chord in the world of indie rock. To say that indie rock has never sounded so good, is an understatement with The Rest. Atlantis, Oh Our Saviour is a  great compilation of 11 fresh tracks that resonate with twangy guitars, intermittent piano, sometimes painful screaming and sometimes sweet vocals.

The Rest certainly showcases one of the best albums in the indie world. Their follow up album Everyone All at Once is out now. But if you want to get to know the band a bit better, start with this album first.

Atlantis, Oh Our Saviour was initially released in 2007 by the 7 person crew of The Rest. The band – Adam Bentley, Anna Jarvis, Blake Bowman, Dwayne Brydon, Jordan Mitchell, Matty Buzanko, Steve Jones – have since then followed up their album with Everyone All at Once. However, for those looking to get to know the band at its roots, then listening to this album will be a great introduction.

All 11 songs in this compilation is worth the listen. Each track resonates with a poetic and often complicated cacophony of sound that establishes why this band is dubbed in one review as “one of the biggest indie rock sleepers from the past couple of years.”

Opening with The Close Western, which starts with slow and moody vocals, and building up to a soaring almost screaming voice as the singer belts “Can we make it tonight?” On the other hand, their title track Atlantis, Typhoon, Oh Our Savior, Starving Bears! Dance! Dance! (An Int is not hard to miss, not only because of its long title, but more because of its catchy “Not quite Maine and not quite New Brunswick” intro line. The track is filled with jangly guitars accompanied with an upbeat sound that fits in nicely in the indie rock genre.

Although some people might find it difficult to love the tracks from first listen, there’s no doubt that the The Rest has certainly accomplished what most indie rockers long to achieve, a tight and pleasing sound that delights an indie music lover’s ears.

This work is licensed under a Creative Commons Licence.